Small talk: why it’s more significant to our lives than we might think

“Brrr it’s chilly out there isn’t it!”, “The traffic was horrendous on the way here!” What exactly is this all about? A chain of pretty insignificant details that we probably already know or don’t really care about. Maybe it’s just a British thing, or maybe there is a lot more to small talk than we think.

I work in a clinic where I regularly engage with patients about seemingly minor things like the local traffic, the weather, the news, and often wonder what we both get from this exchange. Is it just pleasantries and the following of social norms that makes us do it, or is it something far more than we realise? After all, why say anything if it doesn’t add any value?

There is something about the unnecessary drivel of small talk that compels us to reciprocate. Some of us like it more than others and actively choose to keep it at that small talk level, happy to play about with pleasantries, the ‘banter’ and laughs that come with it.

I for one, being an introvert, have never really felt comfortable with small talk, it has always seemed pretty trivial and meaningless and I actually just prefer to get straight to the real stuff with a no messing about attitude. However, being in an environment where small talk is a necessity, I can now actually see the value of this so called ‘Britishness’ and what it ultimately gives us. 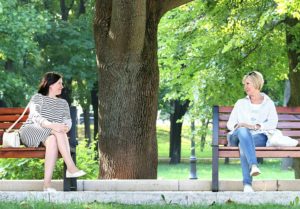 So why do we bother with small talk?

We are of course social beings; we go stir crazy if we don’t speak to someone for a few days, or at least know that someone is in the same vicinity as us. We seek interaction, exchange and communication of any form but what do we REALLY get from this?

We use small talk to form bonds based on some common ground- the weather is an experience shared by everyone, no matter who we are. No doubt, evolutionary, this was how tribes first formed; they had some common goal that brought them together. How did we get to know the people, we know now, without that initial small talk?

I often observe patients start up conversations with each other about how bad the traffic was and which way they came to avoid the worst of it. So, where does it lead? Well often nowhere in particular, but just that very possibility of being able to start communicating with a complete stranger offers some comfort and solidarity that we’re all in the same boat; essentially we’re not alone.

I’m sure we’ve all been in that place where the only person you’ve spoken to all day is the person at the checkout and we’re grateful for having had the opportunity to speak out loud that day. For some people, especially elderly people, you might be the only person that they have spoken to. So that small talk, even though ‘small’, may be far more significant than you think.

Nowadays, many of us rely on text messages as a form of communication and I don’t know about you but now I’m a member of various whatsapp groups. Just the mere fact that somebody might remember something that you’re doing that day and have the kind thought to ask how it went, goes a long way. So even digital small talk can be significant. I do wonder though about the dangers of relying on this digital presence, rather than a physical face-to-face presence.

So, small talk can be enjoyable if you can get to feel comfortable with it, it can help form bonds, give us a sense of belonging on a very subtle level and be far more significant than I’ve perhaps given it credit for.

How to use small talk as a bridge to something even more meaningful?

While small talk in itself is far more significant than i first thought, it can also be the bridge to something else.

Small talk isn’t necessarily engaging conversation, but nevertheless we can still be aware of someone’s tone of voice, the intonation, their facial expressions and this can be the very doorway that can lead us into meaningful conversation, should we choose to take it.

Even in the most trivial of talk most of us can sense when something has irked someone or that they are feeling ‘off’. We might not necessarily dive in with ‘so what’s up with you today?’ but we might ask a little more about their day, or where they’ve been, which gives us more of an indication of the path the conversation could take. Sometimes we let others lead or we lead it ourselves.

What do we risk if we don’t take the bridge towards deeper conversation?

“How are you doing?”, “Yeah, I’m good thanks”… and that’s the end of that. We all have a choice whether to probe further or whether we want to be asked more about our day and that is what allows us the self-protection that we need at certain times in our lives. We might be too busy, too overwhelmed or just not want to engage with that particular person and that’s ok.

Sometimes we have a sense that someone doesn’t want to open up, sometimes we take the choice to ask anyway and other times we respect and don’t probe further. What is it that makes us want to open up to some people more than others and what do we risk by not piping up about something that’s crossed our mind? Do we risk not knowing that nugget of wisdom, the chance to build a friendship or a connection that perhaps is on a whole different level to the ones we have experienced before? 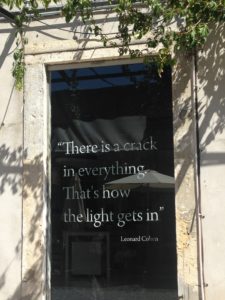 Small talk also allows for quick judgments, it does not allow for realisations. (Recently, I went to a talk by a Buddhist Nun and even she said she makes judgements, so don’t worry, you’re not alone). I have been amazed how quickly my view of someone can change upon further insight into someone’s life. The other day, I was with someone I don’t know very well and took a chance by asking more about a namedrop. I found out that the name belonged to his first wife, who had sadly passed away. Without asking more, I would have not have the privilege to be invited into his private world and the experiences he has had to face.

What happens when we cross from small talk to deeper conversation?

Just by asking that one question that perhaps catches someone off guard, mentioning something that we both have in common, or asking further about a name-drop, means maybe they have no choice but to offer something more to you than just the small talk that masks what lies beneath. This is the exciting bit. This is the edge between knowing and not knowing, between distance and connection.

Recently, I have been trying to make a real effort to talk to someone I know, who lost his wife only 4 weeks ago. To give your full attention to someone for just 15 minutes can make a real difference. We have chatted about how they first met, the trips they used to go on together and the way he wakes up crying after just having dreamt about her. It would be so easy to stick with small talk even in sensitive situations and avoid having to ask difficult or uncomfortable questions but for that person it may be their only chance to say how they are REALLY feeling.

There is a fine line that is crossed into the more meaningful side of talk which offers us the opportunity to get to know someone a little better, their motives, their cravings, their joys and if we’re really lucky, to know a little of their very soul and what really moves them. 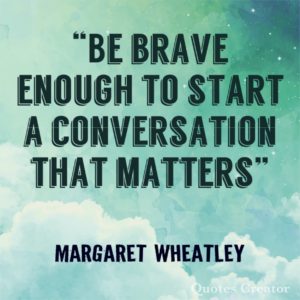 Ultimately we strive for a deeper connection with others whether we really want to admit it or not. Of course we are careful who we choose to let into our world; after all, there is nothing more sacred than our innermost thoughts, wishes, desires which often we find hard to share even with our most intimate partners, friends or family. The possibility though that we could be invited into someone’s private thoughts or that they would allow us to know a little more of them is a very humbling position to be in. Sometimes we have to take ourselves out of our comfort zone – whether it’s to share our own thoughts or feelings with someone else, or it’s to ask someone more about themselves – that is what takes you into a place you wouldn’t have otherwise known. That’s the stuff of meaning!

During my research for this post, I came across this Ted Talk on ‘Big Talk’ asking questions like ‘What do you want to do before you die’?

Small talk: why it’s more significant to our lives than we might think